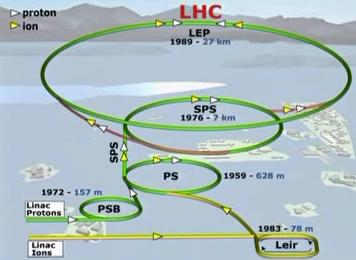 The current proton source is already working in Linac4 after the Long Shutdown 2 2019-2022. Its operation is explained in the Linac4 section. In this case, this new source provides H(-) ions.

"To make the protons", physicists injected hydrogen gas into the metal cylinder  -Duoplasmatron-  then surround it with an electrical field to break down the gas into its constituent protons and electrons. This process yields about 70 percent protons. 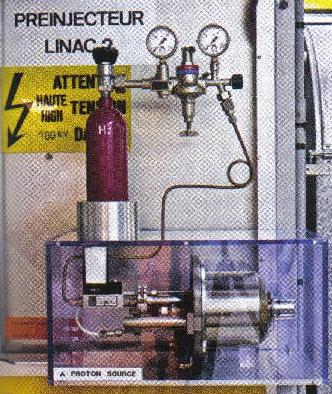 The particles were accelerated up to 100 kV and then sent to a Radio Frequency Quadrupole (QRF) -- an accelerating component that both speeds up and focuses the particle beam. 4 vanes (electrodes) provided a quadrupole RF field that provided a transverse focusing of the beam.  Spacing of the vanes bunches and  accelerates up to 750 keV the beam.
From the quadrupole, the particles were sended to the linear accelerator (LINAC2). The linac tank was a multi-chamber resonant cavity tuned to a specific frequency which creates potential differences in the cavities that accelerate the particle up to 50 MeV. Protons crossed the linac and reached the 157 m circumference circular accelerator  Proton Synchrotron Booster (PSB) in a few microseconds. Actually, PSB is a circular four rings accelerator.
As it's been said, Linac2 has been replaced for Linac4 after Long Shutdown 2  2019-2020). 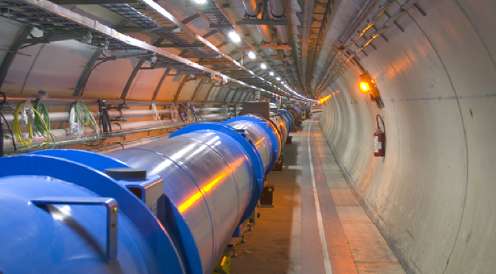 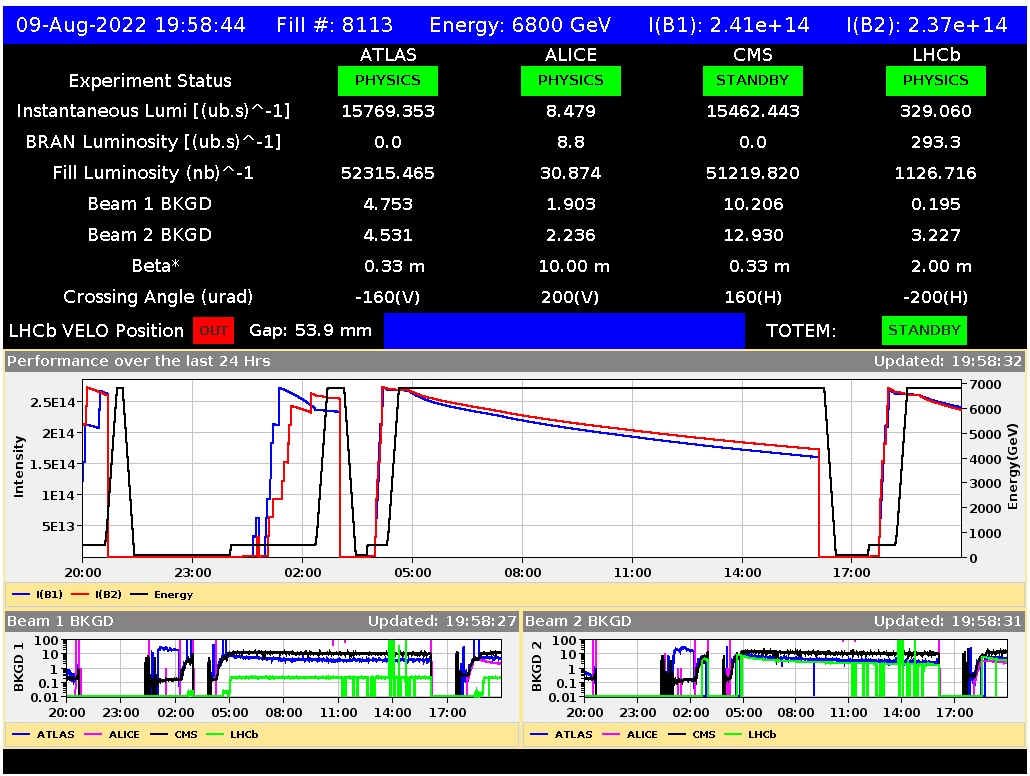 The more is the density of the stored particles the more decreases the beam lifetime.Coulomb scattering of charged particles traveling together causes an exchange of momentum between the transverse and longitudinal directions. Due to relativistic effects, the momentum transferred from the transverse to the longitudinal direction is enhanced by the relativistic factor γ. For stored beam, particles are lost if their longitudinal momentum deviation exceeds the RF bucket or the momentum aperture determined by the lattice. This is called the Touschek effect (after the austrian phyisicist Bruno Touschek) and is generally the limiting factor in beam lifetime.