Linac4 (160 MeV) has replaced Linac 2 (50 MeV) as injector to the PS Booster (PSB). This linac increase the beam brightness out of the PSB by a factor of 2, making possible an upgrade of the LHC injectors for higher intensity and an increase of the LHC luminosity.

Inaugurated in May 2017 after two decades of design and construction, Linac 4 was connected to the next link in the accelerator chain, the Proton Synchrotron Booster (PSB), in 2019 at the start of Long Shutdown 2 and already operated for physics last year. The 86-metre-long accelerator is the first step in the LHC accelerator chain, replacing the long-serving Linac2 as the source of all proton beams for CERN's experiments (more in CERN Courier). 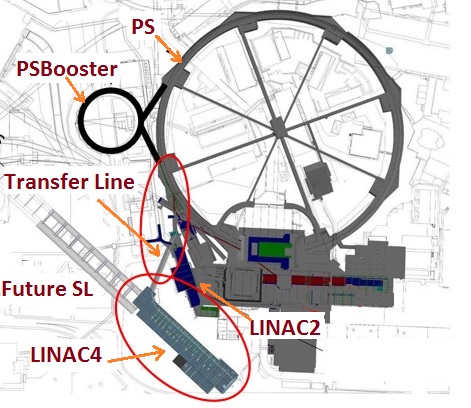 Linac4 is located in an underground tunnel connected to the Linac4-PSB transfer line. A surface building house RF equipment, power supplies, electronics and other infrastructure. 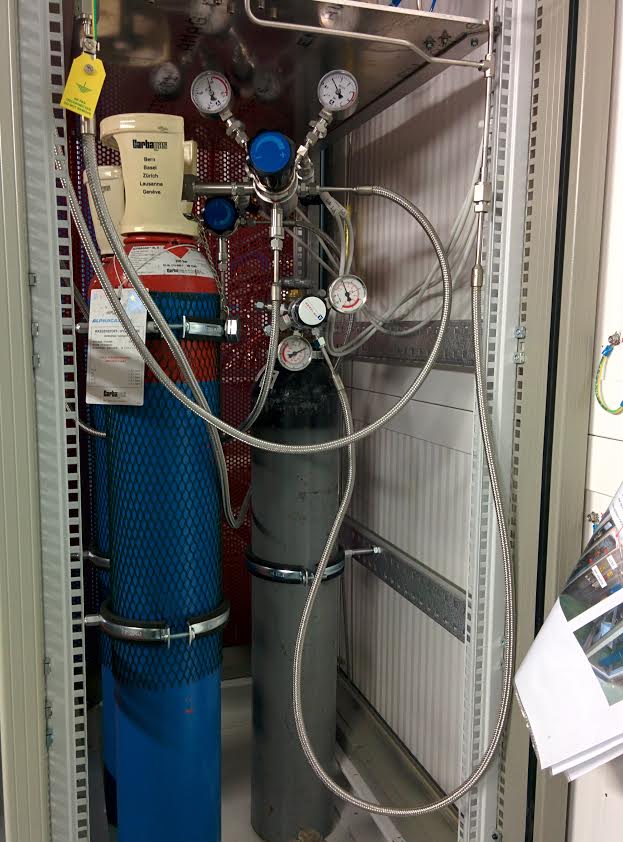 An ordinary hydrogen atom has one electron and one proton. Its electric charge is zero. We could strip off the electron and accelerate the protons. This is precisely what was happening in LINAC2, which was the first step in LHC accelerator chain. Actually, to be more precise, the Linac is not the first stage of the accelerator chain, because a source of charged particles and an injector system are needed to put particle into the Linac.

Instead creating protons from H, an electron is added, making a negatively charged hydrogen-ion.

The process is as follows: the ion source is fed with hydrogen gas. A discharge plasma is formed and a strong electric field strips away an electron from each hydogen atom, producing H+. 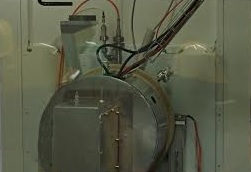 The positively charged protons (H+) from the plasma are attracted towards a cathode surface (metal surface with Caesium). The deposition of Caesium reduces the work function of the cathode, making it a more efficient donor of electrons to the positively charged hydrogen ions, thus enhancing  H- ion production

Because of its negative charge, the H- ion will move away from the negative surface.

The H- ions are extracted from the ion source in 400 μs long pulses to form a beam which is then passed through a small magnet to remove any free electrons.

The H- ions leave the ion source with an energy of 45 keV and across 86 m line  (Radio Frequency Quadrupole, Chopper line, an Alvarez Drift Tube Linac (DTL), a Cell-Coupled Drift Tube Linac (CCDTL) and a Pi-mode structure (PIMS), will be finally adquiring 160 MeV. 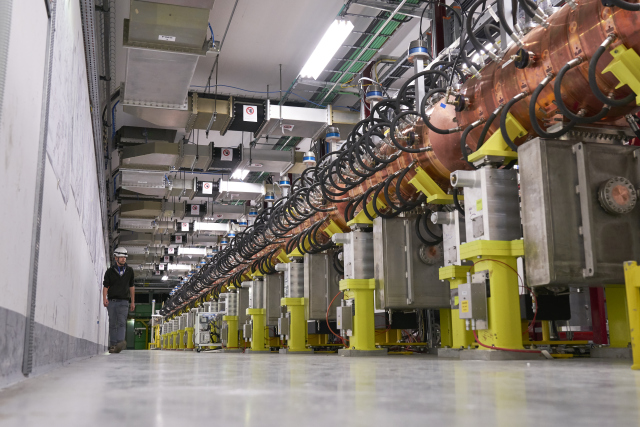 Basically Linac 4works in the same way that any linear accelerator. It uses radiofrequency cavities to charge cylindrical conductors. The ions pass through the conductors, which are alternately charged positive or negative. The conductors behind them push particles and the conductors ahead of them pull, causing the particles to accelerate. Small quadrupole magnets ensure the hydrogen ions remain in a tight beam. As particles approach the speed of light, the energy imparted by the conductors is converted into mass.

After leaving Linac 4 the two electrons belonging to H- ion are stripped off and the bare protons injected into the Booster (PSB) for acceleration in the rest of the chain.

Because electrons are very light, the ion has nearly the same mass as a proton but with opposite charge. Due to the H- ion has the opposite charge of a proton, a proton beam and H- beam would converge when passed through a single magnet. The “merged” beams would diverge again if passed through a second magnet. So, the circulating protons in PSB will be joined by more negatively charged hydrogen ions, which will undergo the same process. By repeatedly interweaving negative and positive ions, scientists can create tightly packed bunches of protons. A more compact proton beam will mean more particle collisions per second.

The electrons in the H- ion are weakly bound to the proton and can be easily stripped if passed though a thin Carbon foil. Because the foil is thin and the protons have high energy, the foil will not bother the protons. This allows more particles to accumulate in the synchrotron, simplifies injection, reduces beam loss at injection and gives a more brilliant beam.

Linac 4 is now the source of proton beams for the Large Hadron Collider. It was the first step in the project to increase the luminosity of the LHC during this decade.

Some Physics in LINAC4...