This third run of the LHC, Run 3, allows the machine’s experiments collecting data from collisions not only at a record energy but also in unparalleled numbers.

A big upgrade for the LHC itself is planned for the next long shutdown (LS3). During that long shutdown, the LHC will be converted into the High-Luminosity LHC, which will have a collision rate five times greater than the LHC’s original design. But the LHC also underwent some upgrades during this shutdown to prepare it for the more intense beam.Two new features are particularly important: The first is a 4.5% increase in energy—from 13 TeV to 13.6 TeV—which will give scientists a boost in their searches for new physics and rare phenomena. The second is a 50% increase in the collision rate combined with luminosity leveling, a process in which the crossing angles and size of the beam are continually adjusted to maintain a steady stream of collisions for around 10 to 15 hours.

The ATLAS and CMS experiments can each expect to receive more collisions during this physics run than in the two previous physics runs combined, while LHCb, which underwent a complete revamp during the shutdown, can hope to see its collision count increase by a factor of three. Meanwhile, ALICE, a specialised detector for studying heavy-ion collisions, can expect a fifty times increase in the total number of recorded ion collisions, thanks to the recent completion of a major upgrade (more information about in Section Detectors).

The unprecedented number of collisions allow international teams of physicists at CERN and across the world to study the Higgs boson in great detail and put the Standard Model of particle physics and its various extensions to the most stringent tests yet. 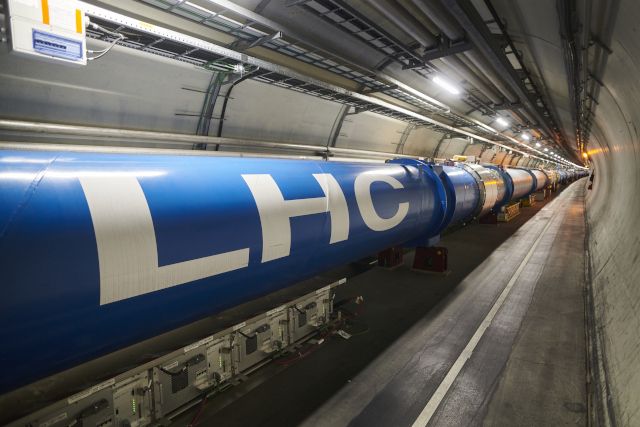 Other things to look forward to in Run 3 include the operation of two new experiments, FASER and SND@LHC, designed to look for physics beyond the Standard Model; special proton–helium collisions to measure how often the antimatter counterparts of protons are produced in these collisions; and collisions involving oxygen ions that will improve physicists’ knowledge of cosmic-ray physics and the quark–gluon plasma, a state of matter that existed shortly after the Big Bang.

This third experimental phase runs until the end of 2025.