But an other more complicated problem appears. In practice, due to the magnetic saturation of iron, B reaches a maximum value of 2 T, which is the upper limit of the magnetic field for traditional kinds of magnets.

To avoid these problems, the wires must be superconductive. 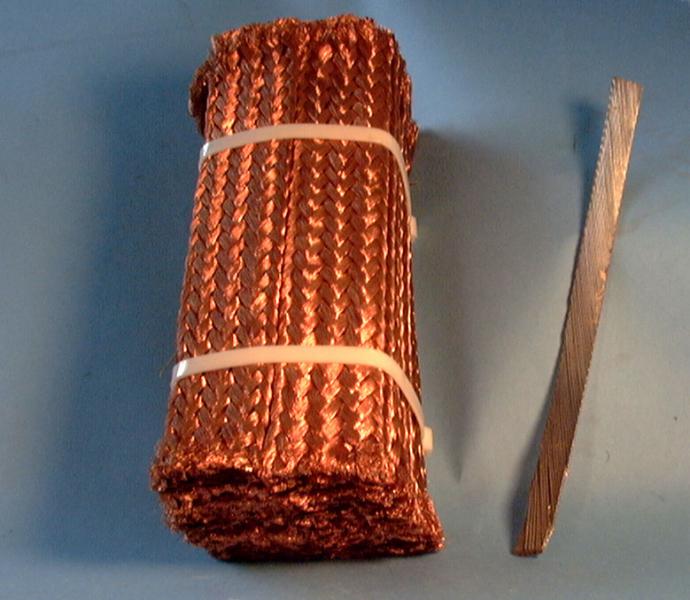 The copper wire on the left is 11 centimetres high, 8 cm wide and 28 cm long. It can conduct a current of 12500 amps at room temperature. When cooled to 1.9 K, the niobium-titanium coil on the right enters a superconducting state and can conduct the same current.

Superfluid Helium will be used to keeping such low temperatures (about 2 K). The helium must flow constantly and be cooled permanently, taking all the heat away. The circuit should continuously be able to cool all helium down to this low temperature.

They will need 5000 tons of helium in this giant magnet, which is the amount produced annually worldwide. 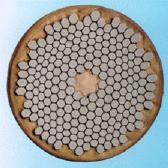 There are many differents types of magnetic multipoles, so it's not easy to calculate the total superconducting cable length in LHC. So, we only consider here the main dipoles that are the most important contribution to this total.

More than 10 times the distance Earth-Sun !!!